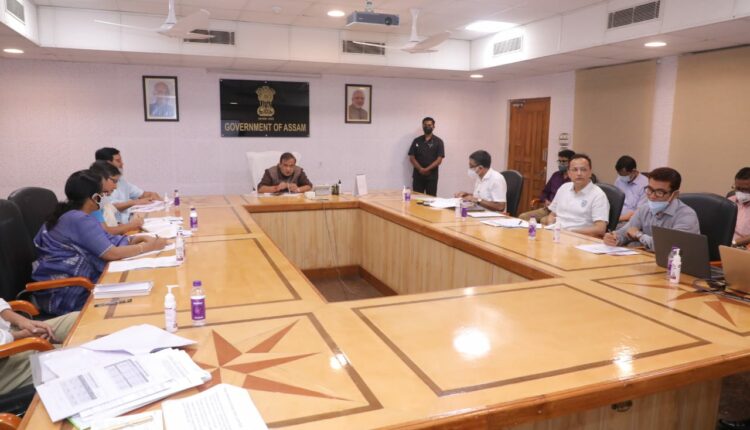 Guwahati, June 28 (NKTV): Assam Chief Minister Dr. Himanta Biswa Sarma reviewed the activities and schemes being implemented by the Handloom & Textiles and Sericulture Department with officials of the department at the conference room of his office at Janata Bhawan today.

While reviewing the ongoing schemes and proposed initiatives, the Chief Minister said that women of the state have core competency in weaving and for strengthening the handloom & textiles sector, the department must adopt a pragmatic approach. He directed to conduct an intense brainstorming for drafting a plan to transform the department into a potent platform for the weavers.

Considering the fact that more than one lakh weavers of the state have Yarn Bank Passbook under which they are entitled for 4.5 kg yarn per month, the Chief Minister stressed on supplying quality yarn and asked the department to revisit the Yarn Bank Scheme to maximize benefit for the weavers.

The Chief Minister said that the weavers have not been able to realize actual benefit as presently there is no forward and backward market linkage for them, the Chief Minister asked the department to take immediate steps for enhancing easy and direct access to market by the weavers. He also instructed the department to take measures for upgrading skills of the wavers.

Handloom & Textiles and Sericulture Minister UG Brahma, Principal Secretary to the Chief Minister Samir Kumar Sinha, Commissioner & Secretary of the department Monalisa Goswami and other senior officials were present in the meeting.

Delta Plus Variant yet to be detected in Assam: CM Sarma