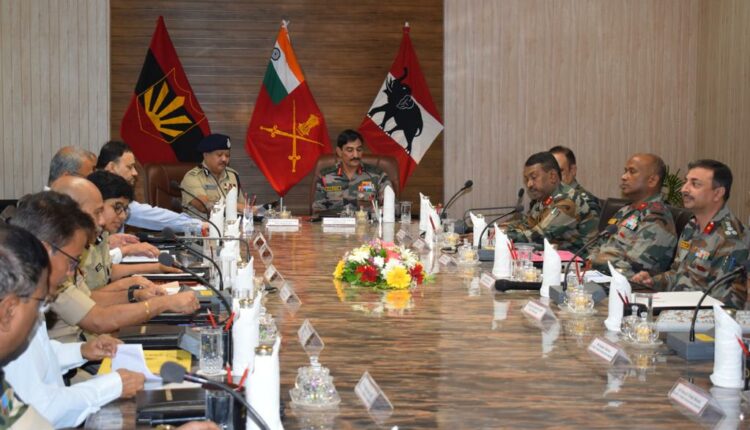 The Operational Group meeting chaired by Lieutenant General Dinesh Singh Rana, General Officer Commanding, Gajraj Corps of Indian Army reviewed the security situation of Assam on 15 July 22 at Narangi Cantonment. The Operational Group as part of Assam’s Unified Command structure consists of high-ranking officials from the Indian Army, Assam Police, CAPF and Intelligence Agencies. The effective coordination between various security forces in the region which was achieved by the group over the years has contributed in improvement of overall security situation of the state.

The recent upward trend of recruitment to ULFA (I) and KLO was brought out by various agencies. The group reiterated the need of proactive measures and intelligence sharing to improve the security situation in the state. The modalities of the training of Assam Police, as part of state government’s capacity building plan wherein the Indian Army will impart quality special skills training to newly raised Commando and Law and Order battalions at various locations was also discussed. Indian Army’s contribution in recent flood relief operations was highlighted, wherein the army rescued 7763 civilians and provided 121 tons of relief material. This well-coordinated response by the Indian Army and various state government agencies aided timely rescue and relief in the affected areas.