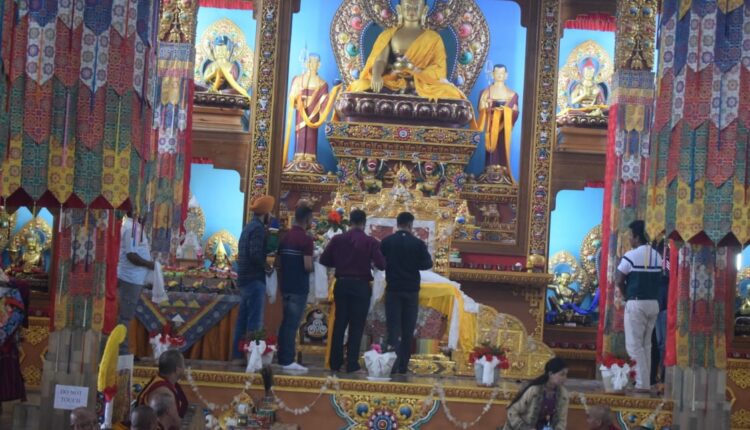 Eastern Command Tibetology Cadre successfully culminated at Central Institute of Himalayan and Cultural Studies, Dahung today. The 42 days long course was attended by officers of various formations deployed in Arunachal Pradesh and Assam. This course provided a unique experience to the officers as subjects like Tibetan Language, Tibetan Buddhism and Literature was covered in great detail. The curriculum also included visits to the nearby monasteries of Chillipam, Dirang and Bomdila and celebration of festivals like Saka Dawa at Rupa Monastery which further enriched their knowledge of the Tibetan culture and religion.

Through the duration of the course, guest lectures by Padma Shri Guru Tulku Rinpoche, Abbot of Bomdila Monastery and Mr Claude Arpi, famous author and a domain specialist in Tibetan Geopolitics among others was undertaken. All the students unanimously agreed that they greatly benefited from their vast experience. The officers also undertook a research on subjects such as Tibetan Buddhism, People of Tibet, Sinicization of Tibet and Political system in Tibet before and after 1950, to gain comprehensive knowledge and strengthen their connect with the community.

A colourful cultural programme as part of felicitation ceremony was organised by the students of CIHCS, Dahung. The Director, CIHCS gave away certificates to all students. During his felicitation address he stated that he was confident of the level of proficiency attained by the scholar warriors.