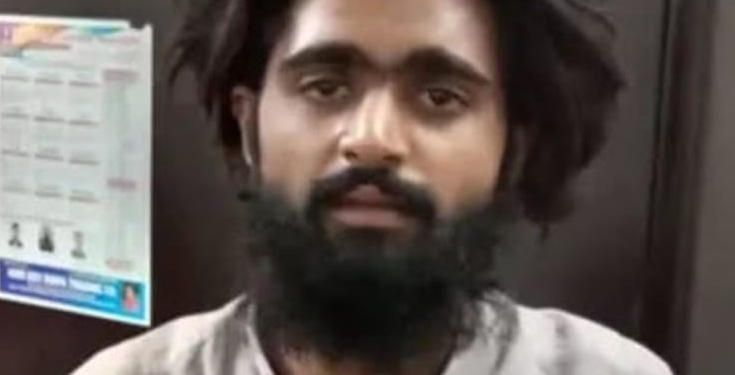 A knife and some religious books were recovered from the arrested accused. The arrested youth has been identified as 24-year-old Rizwan Ashraf. The accused is a resident of Bahauddin district in Punjab of Pakistan. and after the confession of the youth, the NIA and other agencies have been alerted. Inquiry continues.