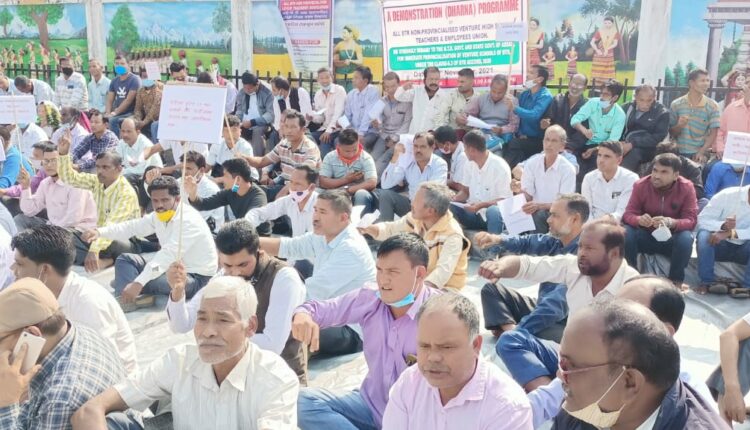 BTR Non-Provincialised Teachers Association staged a two-hour sit-in protest demonstration in front of the entry gate of BTC Secretariat today in support of their demands regarding early provincialise of the venture schools.

Hundreds of venture school teachers participated in the demonstration by holding placards, banners,s and shouted slogans demanding immediate steps to make provincialise the non-Provincialised schools across the BTR districts.

Teachers Association has strongly slammed the state government and BTR administration for not initiating for provincialise of the venture schools. The Association has warned to take up vigorous democratic agitation if their demands are not met within December next.