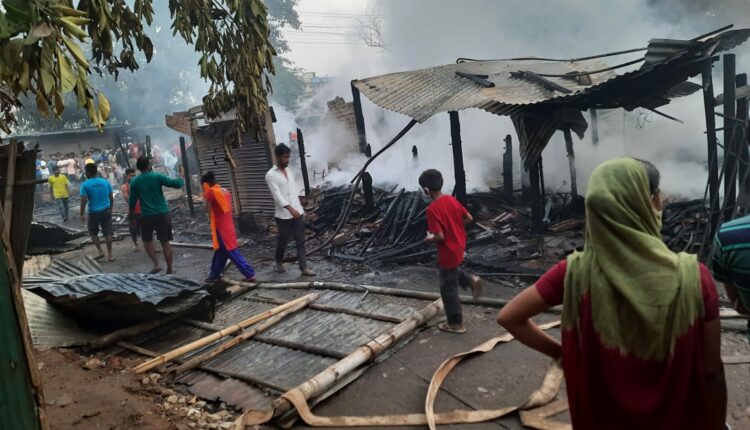 A massive inferno last night burned down a number of shops at the Bamunimaidam market of Guwahati.

The fire department was apprised of the fire at round 2:20 am on 25th April. The fire happened at the Bamunimaidam Daily Bazaar. The source of the fire remains unknown as of yet. As per reports of the Chandmari Fire Department, it took over 7 hours to douse the inferno that gutted down about sixty shops in the market.

The officials have said that as the shops were made of bamboo sheets (tarja) with tin roofing, it easily got burnt. The remain fourth shops could be saved.

Fourteen fire extinguishing vehicles were brought from seven service stations including Chandrapur, Mirza and Swalkuchi to contain the inferno. Property worth Rs. 1 crore was involved in the market, of which approximately Rs. 70 lakh worth has been damaged.