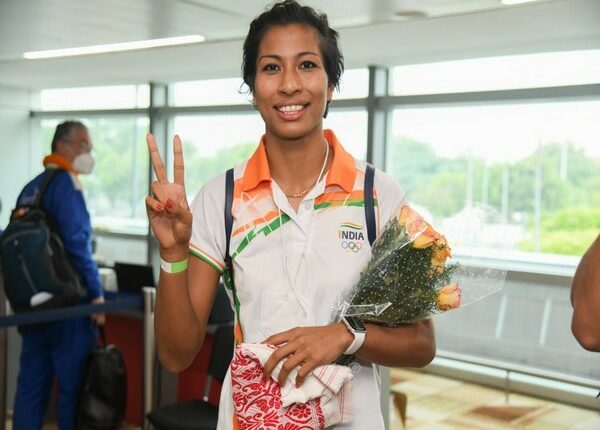 International Boxing Association (IBA) on May 25th announced that Indian boxer and Tokyo Olympics Bronze medallist Lovlina Borgohain has received the highest number of votes during the election held at the 2022 Women’s World Championships and thus has been elected as the chair and a voting member on the Board of Directors for the IBA’s Athletes’ Committee. Further, Indian boxer Shiva Thapa has also been elected as a member of the IBA Athletes Committee following the election held during the 2021 IBA Men’s World Championships.

The duo, who are both under the Sports Authority of India’s (SAI) Target Olympic Podium Scheme (TOPS) have confirmed that they have accepted their roles and look forward to representing India and other boxers at the Board of Directors’ meeting.

Congratulating the athletes, Union Minister of Youth Affairs and Sports Shri. Anurag Singh Thakur wrote on Twitter, “Big congratulations @LovlinaBorgohai for being elected the Chair of the @IBA_Boxing Atheletes’ Committee and @shivathapa for being elected a Member of @IBA_Boxing Athletes’ Committee. It’s a big responsibility and I wish both of you the very best in delivering your duties.”

Speaking of being elected as the Chair, Lovlina said, “I feel honoured to have been elected as the chair of IBA’s Athlete’s Committee, I expected to become a member, but never thought that I will also become the chair of the committee, this will help me promote Indian boxing and especially women boxing to other boxers of the world.”

She then went on to add “This is a huge opportunity for me to promote boxing and I plan to first discuss what all needs to be addressed in Boxing this year with other members and boxers of the world and then take those suggestions and grievances to the Board of Director’s committee.”

Lovlina and Shiva were elected by the boxers that participated during the Men and Women’s world championships that were held in October 2021 and May 2022 respectively.