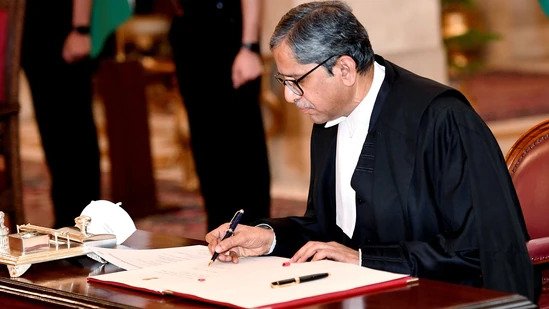 Justice Nuthalapati Venkata Ramana has taken oath as the 48th Chief Justice of India today, the 24th of April. He was sworn in by President Ram Nath Kovind at a brief ceremony in the Rashtrapati Bhawan.

The new CJI will continue his tenure in office till the 26th of August, 2022. The 63-year-old hails from Ponnavaram Village, Krishna District of Andhra Pradesh.

He had practiced in the High Court of Andhra Pradesh, Central and Andhra Pradesh Administrative Tribunals and the Supreme Court of India in civil, criminal, constitutional, labour, service and election matters. Justice Ramana has also served as the Chief Justice of the Delhi High Court.