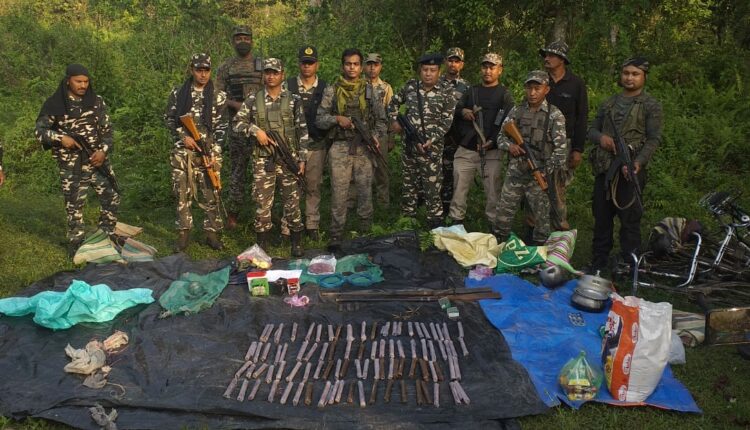 In a major blow to the newly formed group of the National Liberation Front of Boroland (NLFB), Assam Police seized a massive consignment of arms and explosives that was supposed to be delivered to the outfit.

On the basis of specific inputs, an intensive search operation was launched by 31st Bn SSB Gossaigaon (Assam) with Assam Police under the command of L. Nipathoi Singh, Deputy Commandant of 31st Bn SSB Gossaigoan and Shri Sourav Gupta, SDPO Gossaigaon in the general area of the Ripu Reserve Forest on 23rd April.

The search operation is being continued to nab the insurgents. The seizure has inflicted a major setback to the newly formed group and the process of recruiting cadres, said Assam Police.

Spend on vaccine and oxygen, not on PR projects: Rahul Gandhi hits at Govt