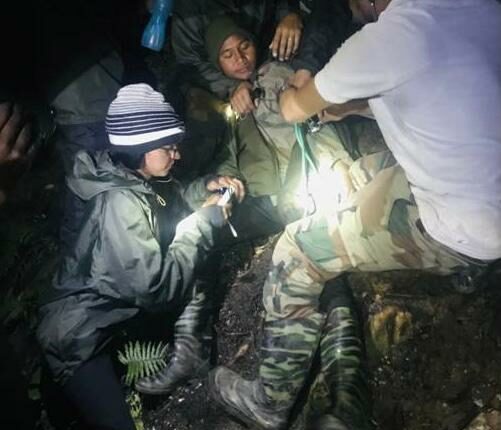 Guwahati, September 22 (NKTV): In a tragic incident, six locals who had gone on a hunting trip in the far reaches of Dibang Valley were struck by lightning strikes on the night of 21 September and had to suffer critical burn injuries and shock.

The Indian Army started their evacuation but the hostile terrain precluded evacuation by foot.
Dao Division under the aegis of Spear Corps promptly provided immediate first aid to the victims and carried them to a safe location.

Two army helicopters were mobilized which aerially evacuated the victims to Dinjan where they were provided critical medical aid at Military Hospital. The locals of Dibang Valley expressed their gratitude to the Indian Army for swift and effective intervention.