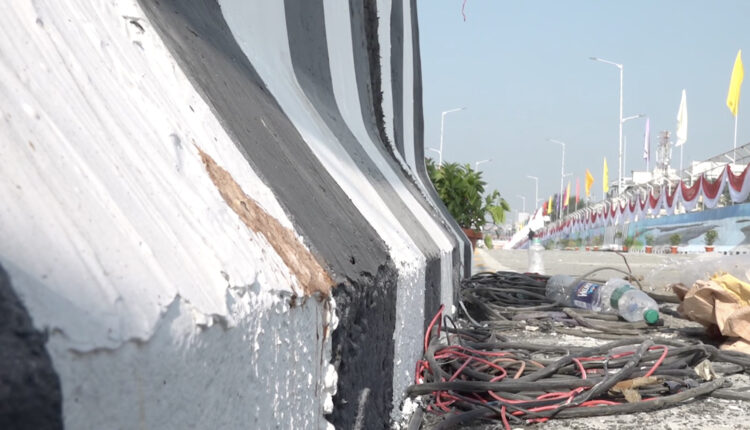 The construction of newly built supermarket flyover is almost finished and it is now being readied for launch. Chief Minister of Assam Himanta Biswa Sarma will launch the new flyover on the occasion of Diwali. The flyover will be officially launched on the 5th of November.

To make the flyover look more attractive, the Government of Assam have contracted with various artists who are now busy making beautiful graffitis and paintings showcasing Assam’s heritage and culture. However, some unsocial people have stained Betel Nut spit on the walls of the newly constructed Supermarket flyover.

The artists and educated people of Guwahati have condemned such acts and urged people to refrain from doing such acts in future.