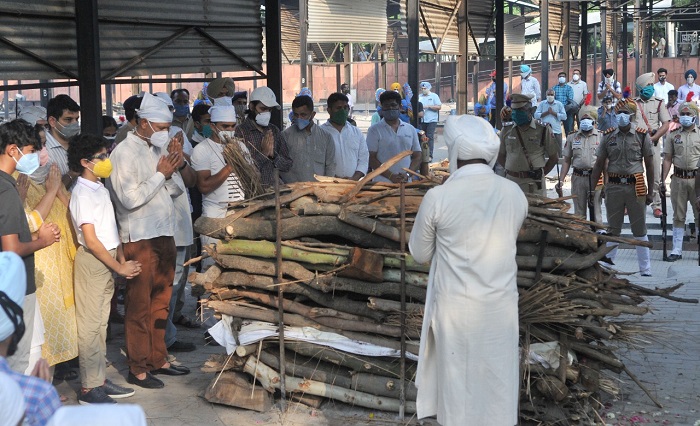 Guwahati, June 19 (NKTV): Sprint Legend Milkha Singh was today cremated with full state honours in Chandigarh. The Flying Sikh, who was 91 years of age at the time of his demise, breathed his last on Friday night due to Covid-19 related complications.

A police contingent reversed arms and sounded the last post in the sprinter’s honour. The legend was also given a gun salute.

The Government of Punjab government declared a one-day state mourning and a holiday as a mark of respect to the legend.

The legendary athlete was a four-time Asian Games gold medalist and the 1958 Commonwealth Games Champion but his greatest performance remained the fourth place finish in the 400m final of the 1960 Rome Olympics. His timing of 45.6 sec at the Italian capital remained the national record for 38 years before Paramjeet Singh broke it in 1998. Singh also represented India in the 1956 and 1964 Olympics and was bestowed the Padma Shri in 1959.

Guardian Ministers and their secretaries to oversee vaccination process in districts