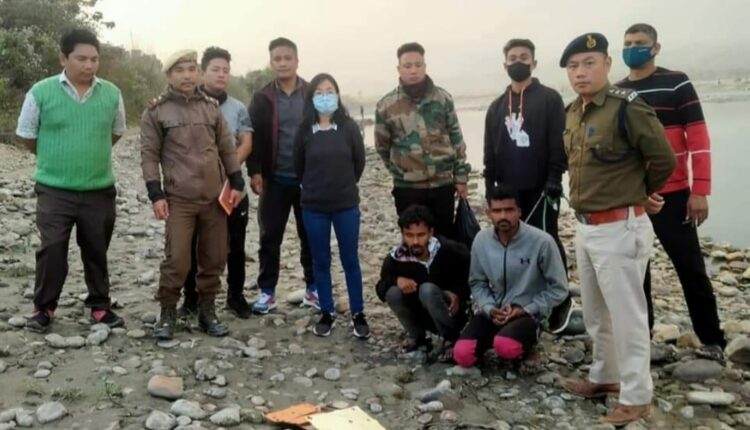 After a piece of reliable information regarding illegal selling of suspected narcotics substances by some persons at Dikrong river bank at the backside of iron factory Banderdewa was received the Arunachal Capital Police nabbed drug traffickers from the area.

On receipt of the above input, Insp. Tadu Hassang, Officer in-charge of Police station Banderdewa along with executive magistrate Ritu Tawe, Circle officer Banderdewa and PS team conducted a raid in the above-mentioned area.

During the raid, the following two persons were arrested

Accordingly, all the legal formalities prescribed under NDPS Act were done in the presence of an executive magistrate and independent witnesses. A case vides BDW/PS/C/No. 01/2022 u/s 21(b) /22(b) NDPS Act has been regd, and the case has endorsed to SI Techi Tado for further investigation.