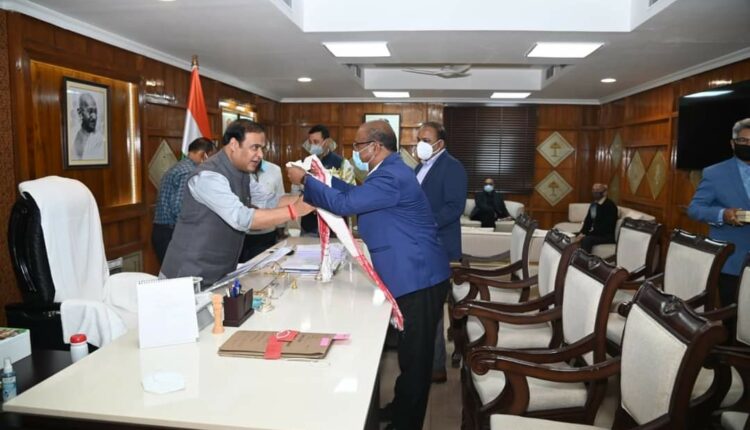 The ACA delegation thanked the Chief Minister for allotting a plot of land at Barhampur, Nagaon for the development of cricket in that area, besides expressing gratitude for the recent Cabinet decision to allot 25 bighas of land to Assam Cricket Association at Satra Baradi village under Barpeta Revenue Circle for the development of cricket infrastructure.

The ACA delegation also expressed its gratitude to the CM for accepting the position of the ‘President’ of the ’91 Yards Club’ – a state-of-the-art club built by Assam Cricket Association in a bid to bring back the former cricketers and officials associated with Assam Cricket Association to the thick of things, and accordingly use their experience for the progress of the game of Cricket.

Himanta Biswa Sarma, during the meeting, also accepted the invitation of Assam Cricket Association to inaugurate the newly constructed gymnasium and the lawn adjacent to it in the premises of the ACA Stadium, Barsapara, Guwahati as well as to lay the foundation stone of the parking facility to be developed at the recently allotted plot adjacent to the ACA Stadium, Barsapara, Guwahati in the first week of February, 2022.