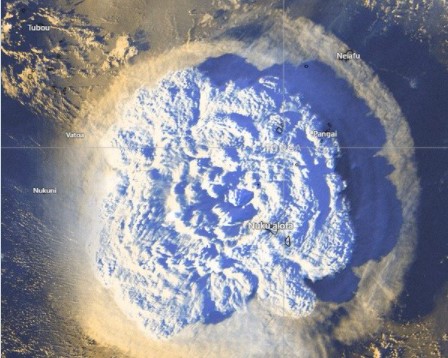 A major volcanic eruption have been reported underwater near the Pacific Island nation Tonga leading to Tsunami waves across the country and the Pacific Oceans. The eruption of the Hunga Tonga-Hunga Haʻapai volcano sent shockwaves across the South Pacific. Tonga’s capital lies just 65km north of the volcano.

According to reports, the eruption was so violent that it could be heard in more than 800 km range. The Government of Fiji has also issued a tsunami advisory and evacuation centres are being made up.