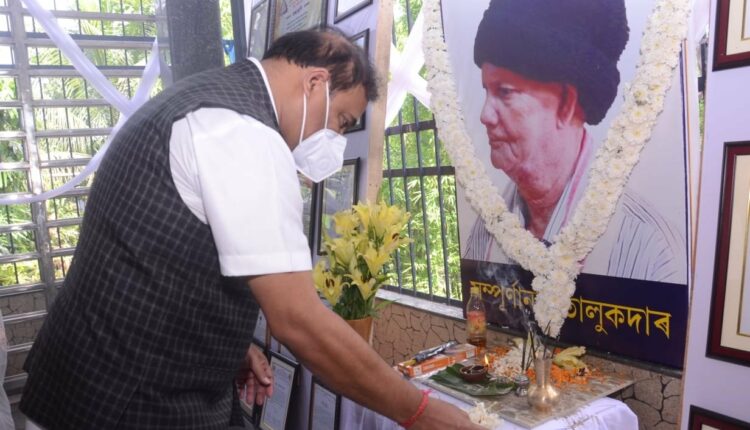 Assam Chief Minister Dr. Himanta Biswa Sarma visited the family of late academician and noted social worker Sampurnananda Talukdar at the latter’s residence at Pathsala in Bajali district today. The Chief Minister while offering floral tribute at the portrait of the late academician during his visit also interacted with the family members and conveyed his deep sympathy to them.

Later talking to media persons, Chief Minister Dr. Sarma said that late Sampurnananda Talukdar was a renowned academician and dedicated social worker who made significant contributions to the socio-academic life of Bajali. He was an important leader of the Assam movement and was always committed to the cause of public welfare. Chief Minister Sarma also said that late Talukdar played a key role in the creation of Bajali district and setting up of Bhattadev University.

“We are in Siachen because of you!” Remembering Retd. Col. DK Duarah