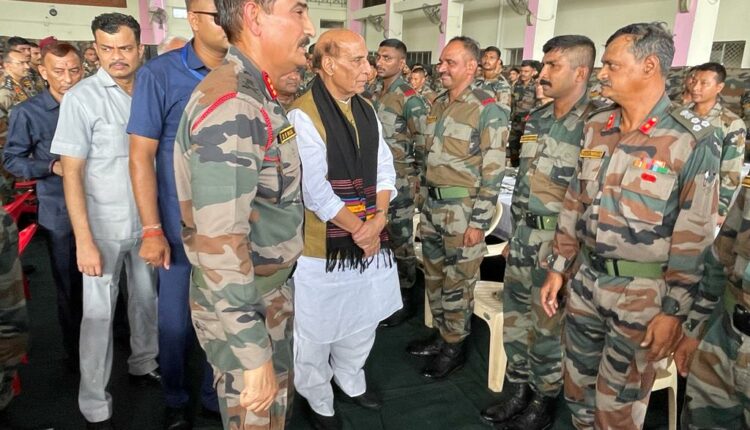 At Tezpur, the Defence Minister was briefed on the operational situation and preparedness of the Corps by Lieutenant General DS Rana, AVSM, YSM, SM, General Officer Commanding, Gajraj Corps. During his visit, he interacted with the troops and complimented them for high standards of professionalism and dedication towards duty while safe guarding the territorial integrity and sovereignty of the Nation braving the harsh weather conditions and inhospitable terrain, stated a press release by Lt Col AS Walia, PRO (Defence), Tezpur.