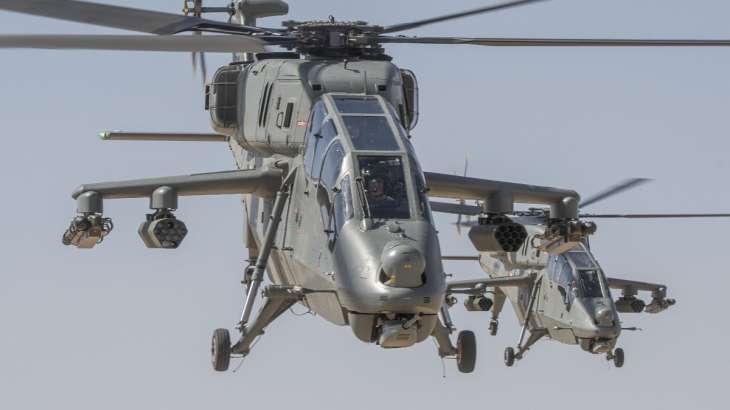 The first batch of made-in-India Light Combat Helicopters (LCH) has been inducted to the Indian Air Force at Jodhpur Air Force base in Rajasthan on Monday. Defence Minister of India Rajnath Singh led the inauguration ceremony.

According to reports, the Light Combat Helicopters have been manufactured by Hindustan Aeronautics Limited. The Helicopters are said to be capable of destroying enemy air defence and can be deployed in counter-insurgency operations.