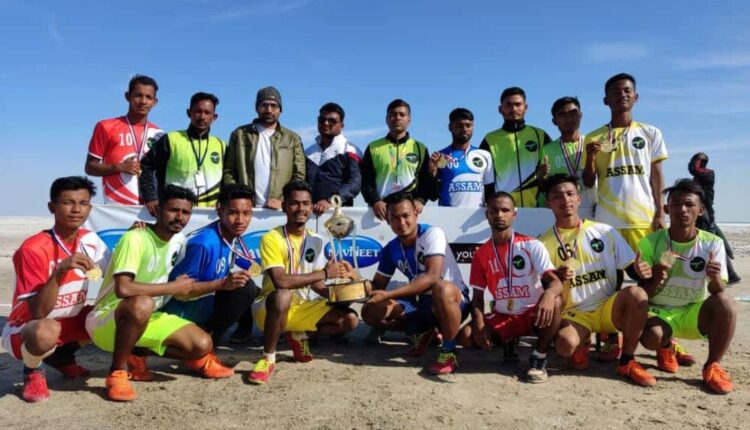 The Assam Aainball team won the National Aainball Championship 2021 which was held in Gujarat. The Assam team showed immense skills and temperament to defeat Madhya Pradesh by a margin of 75 points. Earlier in the semis Assam team defeated Bihar to reach the finals and eventually clinched the trophy.

Aainball, which is a new sport is on the rise in the state of Assam with more youngsters getting attracted to the game. The game has garnered a good amount of popularity in Assam with the state team participating in the national championships later this year.