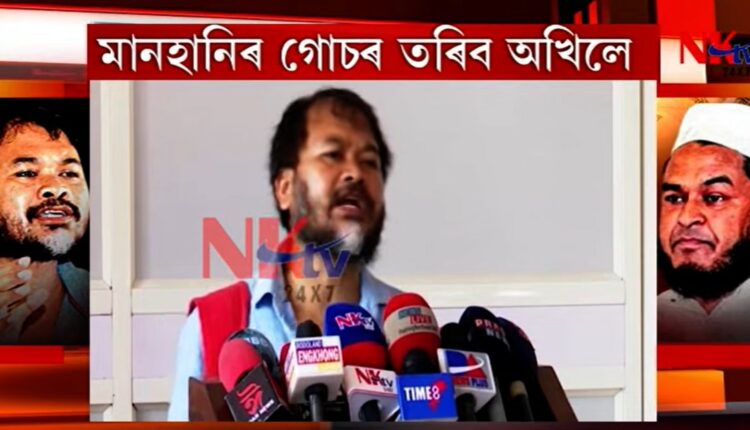 Allegedly, Akhil Gogoi had asked Aminul Islam for Rs 10 crore while both were in jail.

“We have decided to file a defamation case against such fake allegation” Gogoi said.