After AP Tiwari, it is Asif Ahmed in ASTC Corruption spree 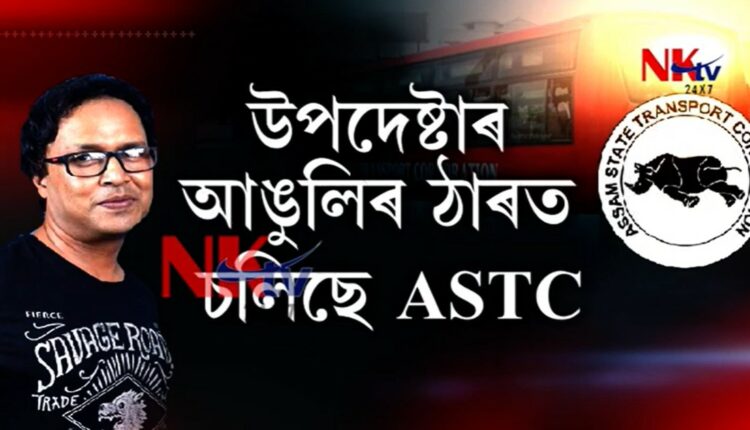 Guwahati, June 21 (NKTV): On June 15, the ASTC Petrol Pump Scam, involving Managing Director IPS Anand Prakash Tiwari, had surfaced (Read News Here) and within a week, another scam has come to light with MD Tiwari’s Technical Advisor as the star of the scam.

Technical Advisor Asif Ahmed has allegedly allotted shops and renewed tenders of existing shops without any call for new tenders or official advertisement. It may be mentioned here that such allotment can authorised and signed by only the Managing Director or the Chief Engineer. At such a junction, Asif Ahmed, who is not a permanent employee of ASTC, has signed the same. It is to be noted here that Asif is an employee of the Irrigation Department of Assam and had been appointed by AP Tiwari as the Technical Advisor of ASTC.

A regional newspaper had recently reported of Asif Ahmed’s involvement in a scam amounting to Rs 1.5 crore.

A close aide of AP Tiwari, who worked closely with him at the Head Office, informed us that other advisors were appointed by Tiwari too; however, the others had to leave and Asif Ahmed remained at ASTC and now running his own syndicate.

How Assam Celebrates the Yoga Day