AAP is just a photocopy of Congress: PM Modi 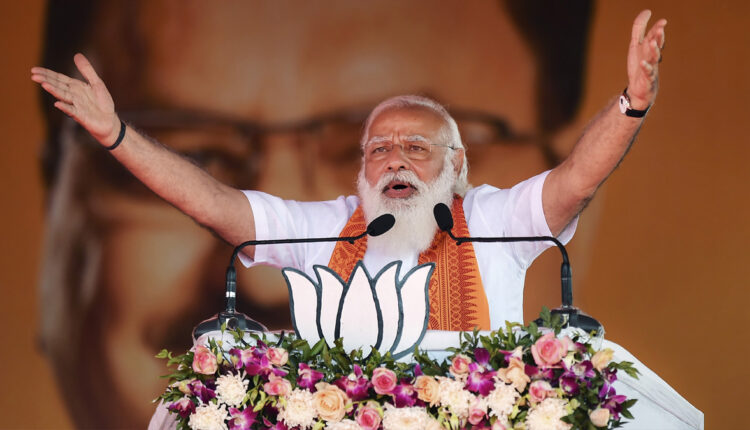 Criticising the Aam Aadmi Party Prime Minister Narendra Modi in a poll rally in Punjab said that the ‘AAP party is just a photocopy of Congress’. The election rallies in Punjab are in full swing as both BJP and Congress are doing their best to conquer the agri-developed state.

PM Modi in his rally also added “We see Punjab from the Punjabiyat angle, which is our priority. Rivals see Punjab only through a political prism.” He also asked the Punjab public the give him five years to serve them.

One apprehended in Kokrajhar for extortion