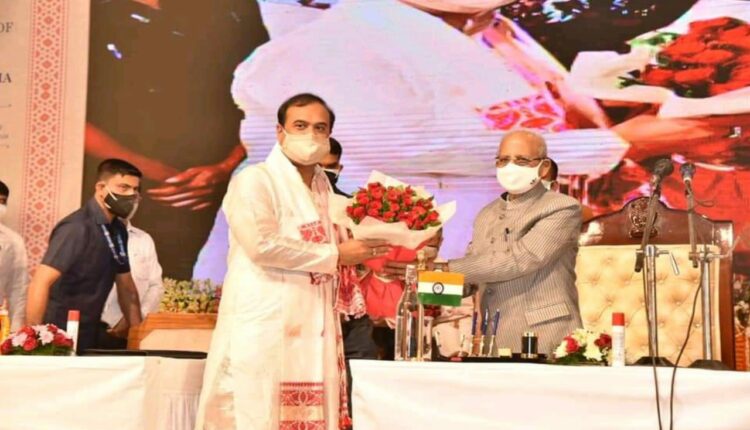 Various national leaders from Prime Minister Narendra Modi to Home Minister Amit Shah extended their wishes to Himanta Biswa Sarma for taking oath as the new chief minister of Assam on 10th May. The Prime Minister of India, Narendra Modi extended his wishes and tweeted, “Congratulations to @himantabiswa Ji and the other Ministers who took oath today. I am confident this team will add momentum to the development journey of Assam and fulfil aspirations of the people.”

Senior national BJP leader and Home Minister of India, Amit Shah also wished luck to Himanta Biswa Sarma on Twitter: “Congratulations to Shri @himantabiswa
ji on being sworn-in as the Chief Minister of Assam and all those who took oath today. I am confident that under PM @NarendraModi ji’s guidance and your leadership, the state of Assam will set a new benchmark of peace, progress & prosperity.”

Defence minister of India and prominent BJP leader Rajnath Singh also congratulated Himanta Biswa Sarma for his success and tweeted, “Congratulations to Shri @himantabiswa on taking oath as the CM of Assam today. My best wishes to him for his successful tenure. I hope under his leadership the Government will continue to work towards the development of Assam and fulfil the aspirations of the people of the state.”

Not only them many prominent BJP leaders extended their wishes to Himanta Biswa Sarma and his cabinet on forming the new government. The swearing-in ceremony was held at 12 noon today at Srimanta Sankaradeva Kalakshetra auditorium in Panjabari.