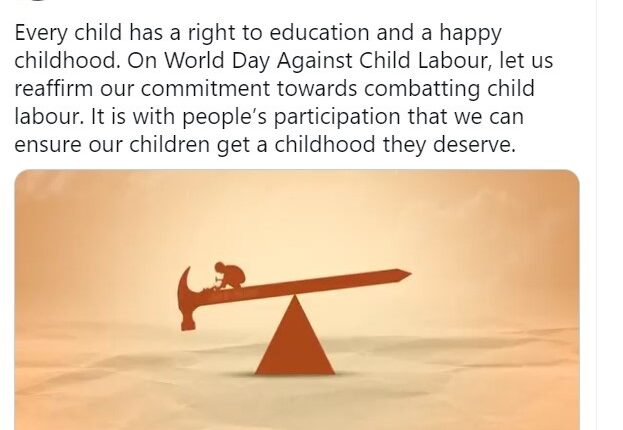 Guwahati, June 12 (NKTV): The Union Minister of Women and Child Development and Textiles, Smriti Zubin Irani has appealed to the citizens to report the instances of Child Labour on PENCIL Portal or by calling on Childline -1098.

In another tweet, she stated “I appeal to every citizen to report instances of child labour on PENCIL Portal https://pencil.gov.in/or call on Childline-1098. Because… We owe it to our children – the future of our Nation”.

The World Day Against Child Labour is observed on June 12 every year around the world.

The International Labour Organization (ILO) launched the World Day Against Child Labour in 2002 to focus attention on the global extent of child labour and the action and efforts needed to eliminate it.