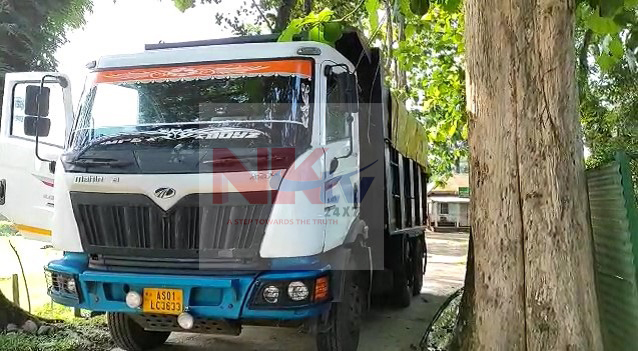 Guwahati, June 23 (NKTV): The Kamrup (West) division of the Assam Forest Department has seized two trucks that were transporting sand illegally. The trucks, loaded with sand, were reportedly moving from Goalpara.

The trucks, with registration numbers AS 01 LC 3633 and AS 01 NC 2006, are presently in custody of the Forest Department. The trucks were intercepted based on specific inputs. Staff of the trucks failed to provide adequate documents after which the trucks were seized.

State Exam Boards likely to go by modalities of CBSE