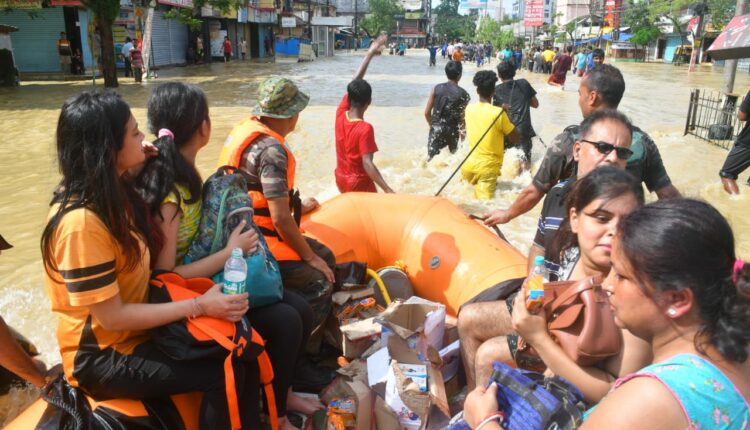 In continuation with the ongoing relief and rescue efforts in the Silchar Town of Assam, Srikona Battalion of #IGAREast under Spear Corps launched flood rescue operations in general area of Rangirkhari in Silchar town of Assam.

With the water having risen over the danger level, many colonies and civil habitats were inundated. Even though a major inter-agency joint effort in previous days had helped evacuate thousands, many more remained stranded in the devastation brought by the rains and heavy flooding. The column carried out extensive rescue operations prioritising people in dire need of medical attention as well as the old, infirm and weak.

The timely and swift action resulted in 140 individuals being evacuated including 17 males, 67 females and 56 children. Additionally, the column also assisted the civil administration in providing nine boat loads of food, essential stores and precious water to those stranded within their homes.