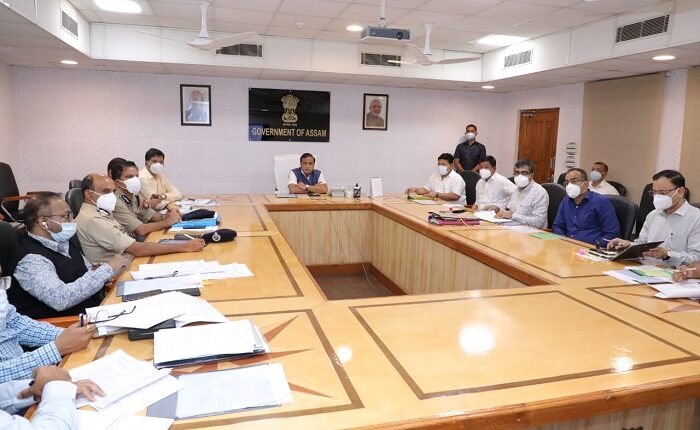 Guwahati, June 07 (NKTV): A meeting held under the direction of Assam Chief Minister Himanta Biswa Sarma to review the status of implementation of BTR Accord today, approved a rehabilitation programme for 4,036 NDFB cadres involving Rs 160 crore.

The meeting took place in Chief Minister’s Office today stated that the rehabilitation programme for the NDFB cadres would be conceptualised and designed by the BTC in association with State Institute for Panchayat and Rural Development, which would be coordinated by Inspector General Special Branch of Assam Police Hiren Nath. Under the programme, skill development training would be imparted to 4,036 NDFB cadres in several parts of the BTR for their socio-economic development.

The meeting took place in presence of Minister for Welfare of Plain Tribes and Backward Classes (only BTC) Urkhao Gwra Brahma, Chief Executive Member BTC Promod Boro and several executive members also decided to expedite the means for empowering the Council to enable the BTR Accord singed on January 27, 2020 to usher in renewed peace. Identity of the Bodo people, their culture, language and education aspects were also discussed.

Free Vaccination for all: PM Modi