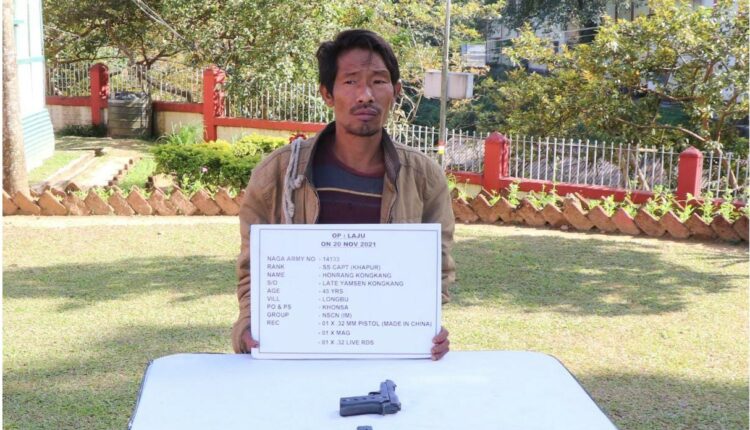 The continuous efforts, relentless pursuit, and joint operations by 6th Assam Rifles and Tirap Police to apprehend various underground cadres active in Tirap district trying to disrupt peace and harmony and carrying out sabotage activity against security forces have been paying huge dividends. Based on specific input regarding the presence of NSCN (IM) cadre a special operation was launched by 6th Assam Rifles along with Tirap Police on 19th November 2021 to intercept the movement of the suspected cadre who was later apprehended on 20th Nov 2021 by the joint team.

A Pistol and live ammunition were also recovered from the insurgent. The apprehended insurgent, along with recoveries is being handed over to Laju Police station for further interrogation.