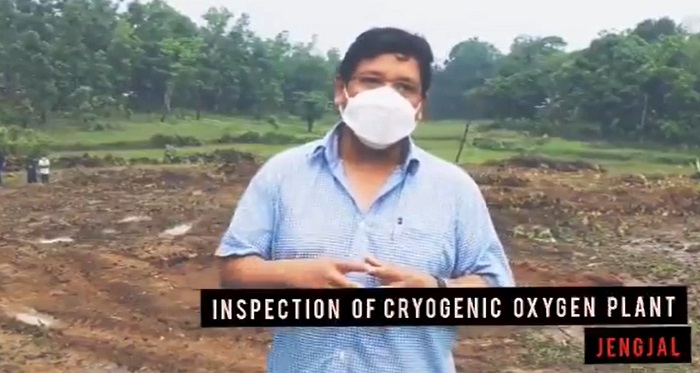 Guwahati, July 10 (NKTV): The construction works to install two cryogenic oxygen plants in two different locations in Meghalaya are in its final stage. “The plants will be functional in the next few weeks” said Meghalaya Chief Minister Conrad K Sangma.

Sangma informed that the installation works for the two cryogenic oxygen plants are in advanced stage and trial runs can be made in a week’s time.

The Government of Meghalaya had initiated the process to install the oxygen plants, one at Jengjal in West Garo Hills and the other at Shillong after the second wave of the Covid-19 pandemic hit the state.

“We will be well prepared with oxygen supplies if the third wave of pandemic hits the state” said Sangma.