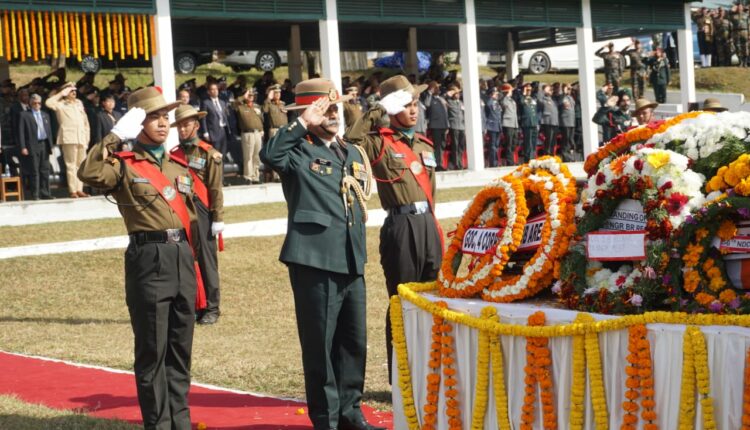 Earlier the wreath laying ceremony was attended by a large no of military, Police, CAPF and civil officials who paid their last respects to the Late General.

Lt Gen KC Panchanathan, had passed away on 06 Dec after suffering a heart attack.