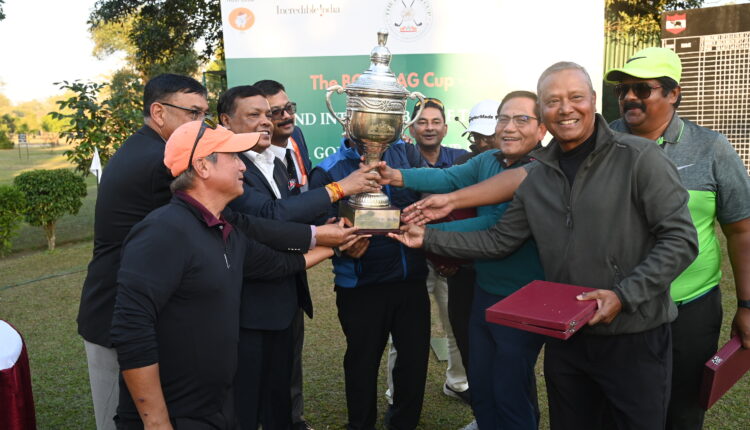 The winners in various categories were presented medallions in the post-match prize distribution ceremony graced by Chief Guest of the valedictory function Kumar Sanjay Krishna, IAS, Chairman, Assam Electricity Regulatory Commission and former chief secretary, Govt of Assam. He is also the patron of The Borbhag Cup meanwhile the Guest of honor was Major General Sanjay Sajjan Har, chief of staff, 4 Corps, Tezpur.

Instituted in 2021, The BORBHAG Cup is an effort of blending heritage with the modern world, augmenting & promoting existing infrastructure, and building platforms through sports that contribute to a spirit of camaraderie. Sports has a transformational power and with increasing focus on golf – we believe the Northeast region has the potential to compete on a global platform – both in terms of talent and developing world class facilities.

The Inter Club Golf Tournament is an effort by a dedicated group of golfers in their continued quest to popularise the game in Northeast India. The Inaugural Tournament, held in 2021 initially envisioned with Clubs from Assam, saw participation from four states of the region. It was held on 3rd January 2021 at Misa Polo Club, Assam when a total of more than 88 golfers from seven teams participated. These were Guwahati Railway, Guwahati Repta, ONGC Golf Club Nazira, Dimapur Club, Tezpur GTA Club, Jorhat Gymkhana Club and Misa Polo Club.

GNRC rewards heroes pursuing ‘Health for All, Smiles for All’