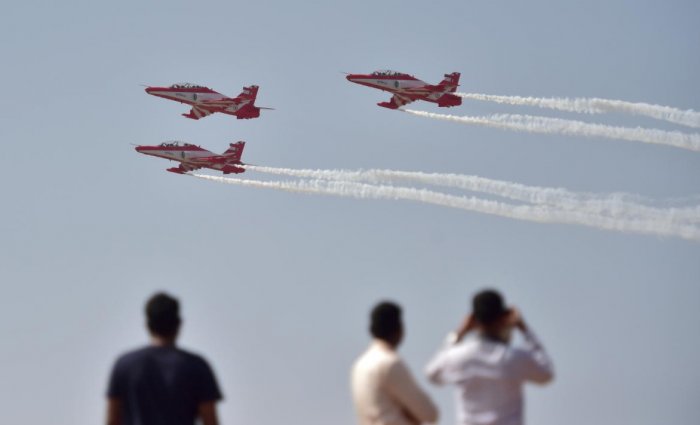 The Swarnim Vijay Varsh is being celebrated to commemorate 50 years of India’s victory in the 1971 Indo-Pak War. As part of celebrations, Headquarters Eastern Air Command is organizing an Air Display on 12th December 2021 at Lachit Ghat, Guwahati at 1000hrs. To commemorate the event, there will be an aerial display involving sky diving by the Akash Ganga team of the Indian Air Force followed by a flypast by various aircraft.

The show will also include a coordinated display by the Suryakiran Aerobatic Team (SKAT) and low-level aerobatics by SU-30 MKI of the Indian Air Force. The Chief Guest for the function will be the Governor of Assam Prof. Jagdish Mukhi.

The ceremonious occasion will be attended by air veterans, civil dignitaries, serving officials, and the local populace. The aerial display can be witnessed from various vantage points along the bank of Brahmaputra.