Felicitation to Gallantry awardees on the eve of Republic Day 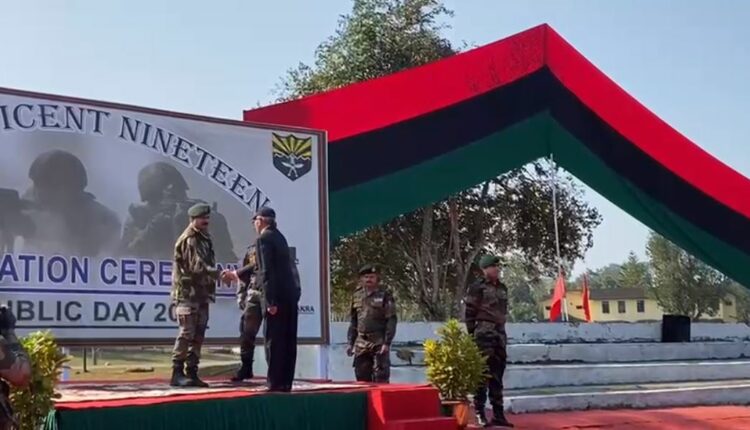 In the view of “Azadi Ka Amrit Mahotsav” keeping up with the ethos of “Friends of the North East People”, to acknowledge the supreme sacrifice and contribution for the nation and motivate young blood. 19 AR under the aegis of HQ 25 Sector AR conducted Felicitation Ceremony to Gallantry awardees at Jairampur on 24 Jan 2023.

Total of 32 Gallantry awardees were felicitated of HQ 25 Sect AR, out of which five awardees and their Next of Kins were felicitated by Brig Swarn Singh, VSM, Cdr 25 Sect AR at Jairampur and balance were felicitated at their respective Home town. The Felicitated ceremony was attended by ESMs, ZPMs, GBs, Students from school of Jairampur, Police pers and reps of Civ Adm. Post Felicitation ceremony interaction with the awardees,ESM and school students was done during the high tea.

The awardees expressed their heartfelt gratitude to the force for conducting such an event which gives them opportunity to connect revive old memories and interact with students for motivating them to join Defence Forces.