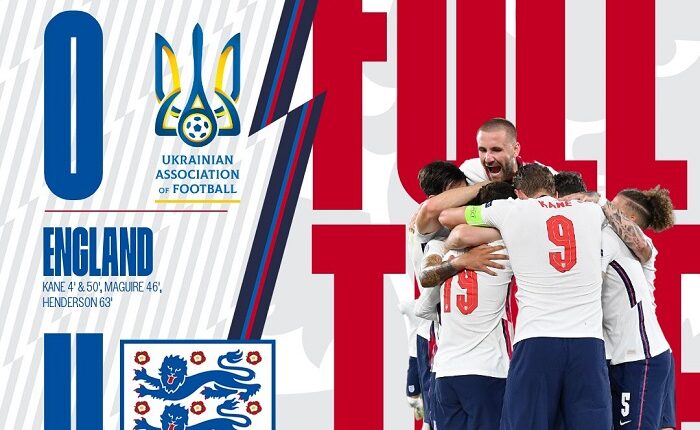 Guwahati, July 4 (NKTV): Denmark on Saturday defeated Czech Republic 2-1 in the Euro 2020 quarter-finals to reach the semi-finals of Euro for the first time after 29 years. Midfielder Thomas Delaney and forward Kasper Dolberg scored one goal each for Denmark in the first half.

Meanwhile, England defeated Ukraine 4-0 in the quarter-finals to reach the semi-finals for the first time after 25 years. England captain Harry Kane scored in the fourth minute and the 50th minute, while Harry Maguire and Jordan Henderson scored the other two goals.

England and Denmark are set to face each other in the semi-finals.