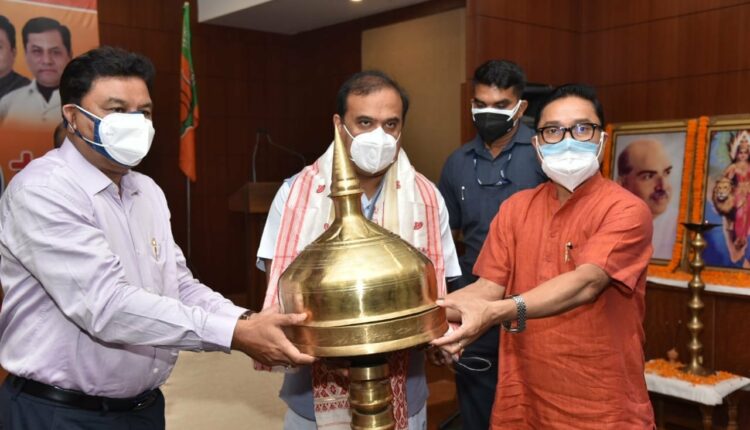 On the very first day after taking office, Chief Minister of Assam, Himanta Biswa Sarma has informed of certain steps that will be undertaken by his government for its smooth running.

The first cabinet meeting that was announced to be held today has been scheduled for 6 pm.

CM Himanta Biswa Sarma had, on 9th May, announced that his will be a ‘pro-active government’. Today he has said that a regular press meet will be held at the end of every month to inform citizens about the work done by the government and the progress made during the month.

BJP state president Ranjeet Kumar Das has said that the present BJP-led government will work at all levels – from the ground level to the top most. To ensure proper communication and understanding amongst the party workers the Chief Minister will be holding monthly meetings with the district presidents and the BJP office bearers.

“It is the sacrifice of the BJP workers that has helped in the formation of the NDA government,” Sarma told media.

BJP state vice-president, Jayanta Malla Baruah, has been appointed as the chief of the BJP Legislature Party.