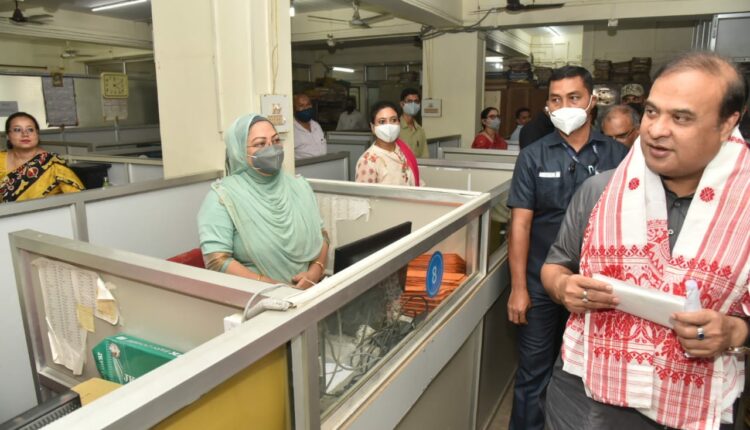 Guwahati, September 14 (NKTV): Chief Minister Himanta Biswa Sarma today reviewed the functioning of Directorate of Pension and took stock of pendency of pension cases and the rate of disbursal.

Issuing direction that pensioners under the Directorate should be given pension on the very day of retirement, the Chief Minister directed AMTRON to integrate both Kritagyata and AMTRON pension portals along with linking them with treasury offices within January 2022 to make pension disbursement system paperless and swift. State government is working towards a system where pension can be provided to an employee on the day of superannuation, he said.

He directed AMTRON to provide one scanner in office of every Drawing and Disbursing Officer (DDO) where an operator will upload documents of the pensioner and the Directorate will download and disburse after digital signature. This system would eliminate the need for physical documents and expedite the pension disbursal, he said.

He also set the target of disposal of 1500 pension cases per month, increasing from the present 1000 monthly cases. The Chief Minister also stressed on the need for the pensioners to submit their documents before six months from the date of retirement so that their Pension Payment Orders (PPOs) can be generated on the day of retirement.

Over 1,500 refugees have crossed into Mizoram from Myanmar