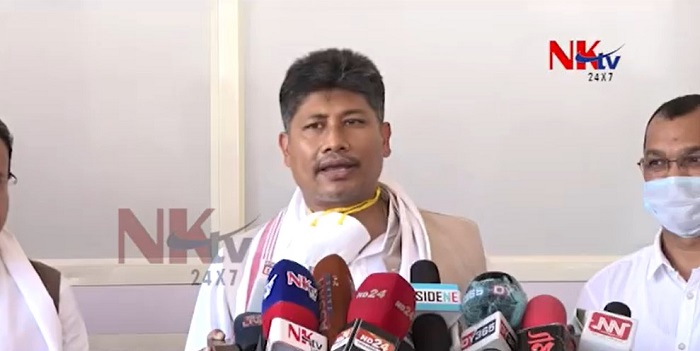 Guwahati, July 12 (NKTV): With the Budget Session starting in Assam from today, new MLA of Sivasagar made his debut. However, Minister Pijush Hazarika was not pleased with Gogoi’s conduct during the session.

Addressing media persons, Hazarika said that Akhil Gogoi is a new MLA and does not know Assembly session. “He needs to watch at least one session first. We are not new. He has not seen what we have seen” Hazarika added.