Akhil Gogoi reunites with his family after year and a half 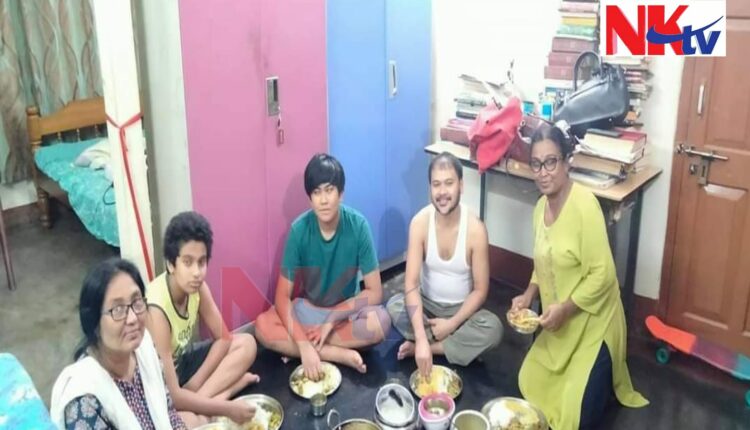 Guwahati, June 26 (NKTV): Jailed peasent leader and Sivasagar MLA Akhil Gogoi have reached his home in Guwahati on Friday night after he was granted a two day parole by a special NIA court in Guwahati on Friday on humanitarian grounds to visit his family. Akhil Gogoi has been in jail since December 2019 in a sedition case. Akhil has left for Jorhat today at 7.05 am to see his mother.

Eariler the NIA court had cleared Akhil Gogoi and two of his associates of charges in one of the two cases lodged against him under the Unlawful Activities (Prevention) Act, 1967 for his alleged role in violent protests against the Citizenship (Amendment) Act in Assam in December 2019.

Akhil Gogoi has been admitted in GMCH hospital since July 2020 after he tested positive for Covid-19.