ABSU continues to stage protest in support of their demands 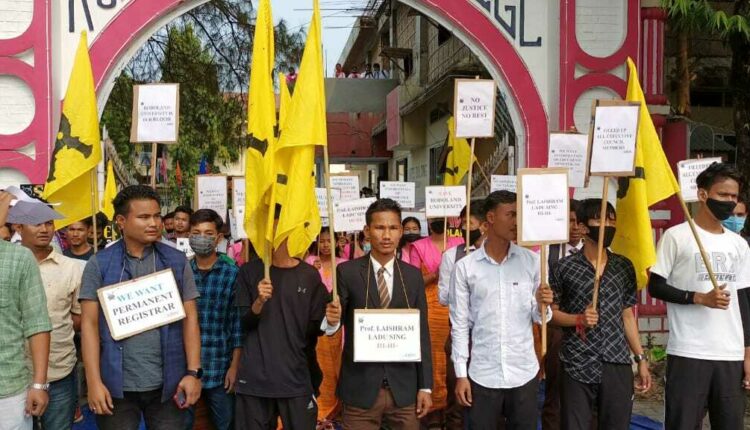 The All Bodo Students Union (ABSU) has continued its sit-in protest demonstration by staging a two-hour sit-in protest demonstration in all colleges of Kokrajhar district on demand of immediate appointment of the regular permanent registrar in Bodoland University, which help to provide a quality educational environment in the university, the expulsion of existing vice-chancellor Prof Laishram Ladudingh, etc.

The ABSU has alleged that the existing vice-chancellor Prof Laishram Ladudingh has been indulging massive financial anomalies in the university. ABSU speaker Janak Ujir participated in the protest demonstration. The students union also demanded immediate filling up of vacancies of teachers in the university.