Netaji’s Statue to be installed at India Gate 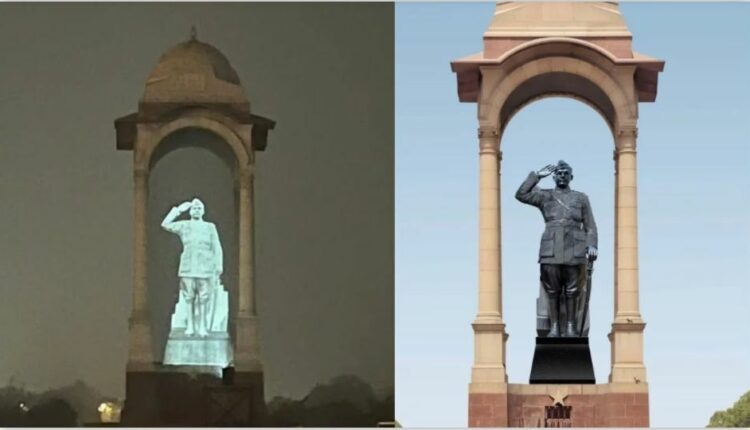 A grand granite statue of Netaji Subhas Chandra Bose will be installed at India Gate, Prime Minister Narendra Modi said on Friday. “At a time when the entire nation is marking the 125th birth anniversary of Netaji Subhas Chandra Bose, I am glad to share that his grand statue, made of granite, will be installed at India Gate. This would be a symbol of India’s indebtedness to him,” the Prime Minister said in a tweet today.

In a major development, it is learnt from sources that from this year, R-Day celebrations will start on January 23 — the birth anniversary of Netaji Subhash Chandra Bose (125th year this time). It will end on January 30, the day Mahatma Gandhi was assassinated.

Official sources have informed that the dimensions of Netaji’s statue would be 28 feet in height and 6 feet in breadth.
Also, the flame at the India Gate will be extinguished after 50 years and will be merged with the flame at the adjoining National War Memorial (NWM) in the run-up for Republic Day.

Amar Jawan Jyoti has its own history. It is spread over 40 acres in the India Gate complex behind the canopy and is dedicated to soldiers killed during wars for India’s safety.

Republic Day is celebrated annually on January 26 every year.