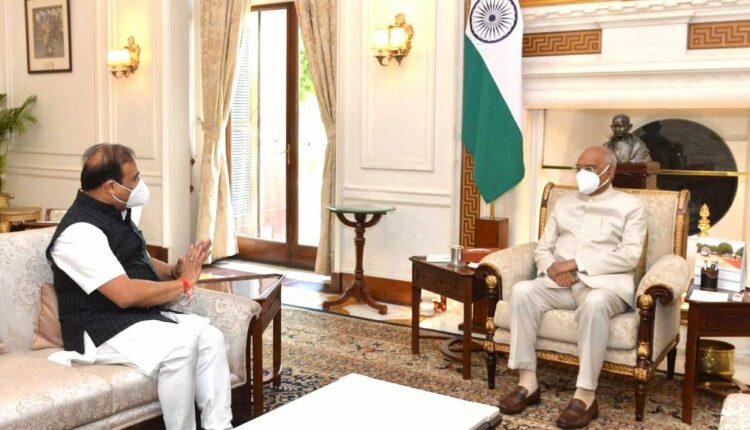 During the meeting Chief Minister Dr. Sarma flagged key issues predominantly associated with women and chid development as well as matters pertinent to handloom sectors. Talking on the Nirbhaya fund, Dr. Sarma said that his government is exploring different projects like Emergency Support Response System and others for bringing the women folk of the state under the safety net round the clock. Dr. Sarma also informed the Union Minister about various initiatives that the State government has taken to curb human trafficking.

The Chief Minister also informed Union Minister Irani about the steps that his government has taken under Supplementary Nutrition Programme (SNP) under which children from six months to six years, pregnant and lactating mothers are given nutritious food under integrated child development scheme. Dr. Sarma also requested the Union Minister for adequate and timely release of Central share under SNP to Assam as per beneficiary number to cover 300 days. During the meeting Union Minister Irani also requested the State government to furnish the details of Anganwadi Workers and Anganwadi Helpers to enable the government to cover them under Government of India (GOI) insurance scheme.

Responding to Dr. Sarma’s request for the development of textile sector in the state, the Union Minister said that special stress would be given for total implementation of textile schemes in Assam.